The History of Heli skiing in Canada

The history of heli skiing in Canada has been about pushing the boundaries of what was possible in skiing. From the early days of mountain guides owning their own helicopters to the modern luxury heli ski operation, heli skiing in Canada has always been about one thing: finding the best snow and the deepest turns. It’s always been about getting away from the ski resorts and leaving the known world behind to spend time in places few have skied, let alone even ventured into.

Gmoser, the Father of Heli skiing

After seeing helicopters that Canadian geologists used sitting idle in winter months from summer fieldwork, it was a Canadian geologist by the name of Art Patterson who first sparked the idea of using helicopters to take skiers to new heights and bigger terrains. After approaching legendary climber, mountain guide and backcountry skier Hans Gmoser, the pair began chasing deep powder with clients in 1963, when they launched the first commercial heli skiing operation. Back then, a Bell 47-H-2 chopper would lift you above the clouds, offering ‘a day of heli skiing’ for $20, (about $170 today).

And that was just the start. Though Patterson decided it was too risky a business, Gmoser saw the potential of heli skiing, initially bringing paying guests into the Bugaboo Mountains of British Columbia in search of untracked lines. With his fellow-minded clients, he wanted to find a way to go that extra vertical mile in pursuit of more powder and better snow in areas previously accessible only by the most hard core ski mountaineers. Gmoser, an honorary member of the Alpine Club of Canada and recipient of the Order of Canada is best known for his role in commercializing heli skiing. But it wasn’t until some thirty years later that heli skiing became what it is today.

Today, heli skiing operations in British Columbia account for more than 80% of the world market share and for good reason. Where British Columbia’s topography is almost entirely mountains in a geographical area that is larger than the entire European Alps, the province’s mountain wilderness receives some of the best snow on the planet.  With long, open ski runs, BC is a skier’s dream, which is why the province has played a leading role in the history of heli skiing in Canada.

Back in the 1980s and even through to the early 1990s, heli skiing was, aside from the few larger operations that we see today, a cowboy affair. Places like Whistler, BC and Valdez, Alaska, under the guidance of ski pioneers like Jim McKonkey and later, Doug Coombs, really put heli access on the map. The 1980s saw small owner operators with one chopper taking whichever hard core local showed up each morning out for a ski. Valdez, Alaska, went through a similar renaissance in the early 1990s with the famous tokens that you could buy for helicopter and guide time. Often it was just being dropped wherever you pointed and then getting picked up after each run. In the world of heli skiing, the early 90s were a time of discovery and risk that exposed hardcore skiiers to some of the most amazing skiing the world has ever seen.

This period of unregulated exploration resulted in guidelines for helicopters, safety protocols, risk and emergency management – resulting in the heli skiing operations we see today, which are highly regulated to ensure the highest standards of safety are met consistently. Heli skiing has come a long way and significantly expanded the appeal to strong intermediate to advanced skiers and riders with the constant evolution of ski equipment. Rockered skis and boards, avalanche airbags and easy-to-use avalanche beacons are just some of the innovations that have brought previously out of reach terrain to strong intermediate to advanced skiers and riders. These developments have resulted in a new heli skiing philosophy – it’s no longer just the pro risk takers and thrill seekers that get to step out of a helicopter and score the freshest powder. Read more about the heli skiing philosophy here.

The history of Last Frontier Heliskiing

Like many seasonal sports, the amount of skiing, measured in vertical meters, will depend on the time of year, conditions and daylight available. With shorter days, the early season packages in December and January lead to less skiing and hence, these heli skiing packages are less expensive. The middle season in February and March offer the best combination of snow conditions and daylight, allowing maximum skiing time. Heli skiing during this part of the season comes at a higher cost due to high demand.

The shift from large groups to small groups

With the added hazards associated with heli skiing, safety is paramount. Here at Last Frontier Heliskiing, we were one of the early small group heli skiing operations in BC. Small groups of 4 are the gold standard in heli skiing and it’s all to benefit our guests. In a smaller group, communication is improved and guides are better able to monitor and lead skiers and riders through all sorts of terrain. Additionally, it is easier to match people who have comparable skiing abilities and goals, taking pressure off guests trying to keep up with more experienced skiers or riders. Read more about our shift from small to even smaller groups

Thinking of coming out to ski alone? Not a problem! When skiing individually, you are placed into a group with other skiers around your skill level. Smaller groups make this easier so booking with us maximizes your comfort and fun. At Last Frontier, whether it’s a down day or after a long day of making tracks, we’re got plenty for you to do, so you will be quickly acquainted with others. For those wanting the ultimate experience in flexibility, many locations will cover private heli skiing packages. These packages are ideal for small groups or families that wish to ski together. Find out more about typical heli skiing packages.

The Best Place To Heli Ski in BC

The average heli ski area in Canada is 2,200 square kilometres. At a massive 10,100 square kilometres, our terrain offers guests the largest single heli skiing area in the world. Our skiers are able to have a tremendous amount of terrain choice and flexibility. Read more about the best place to heli ski in BC now. 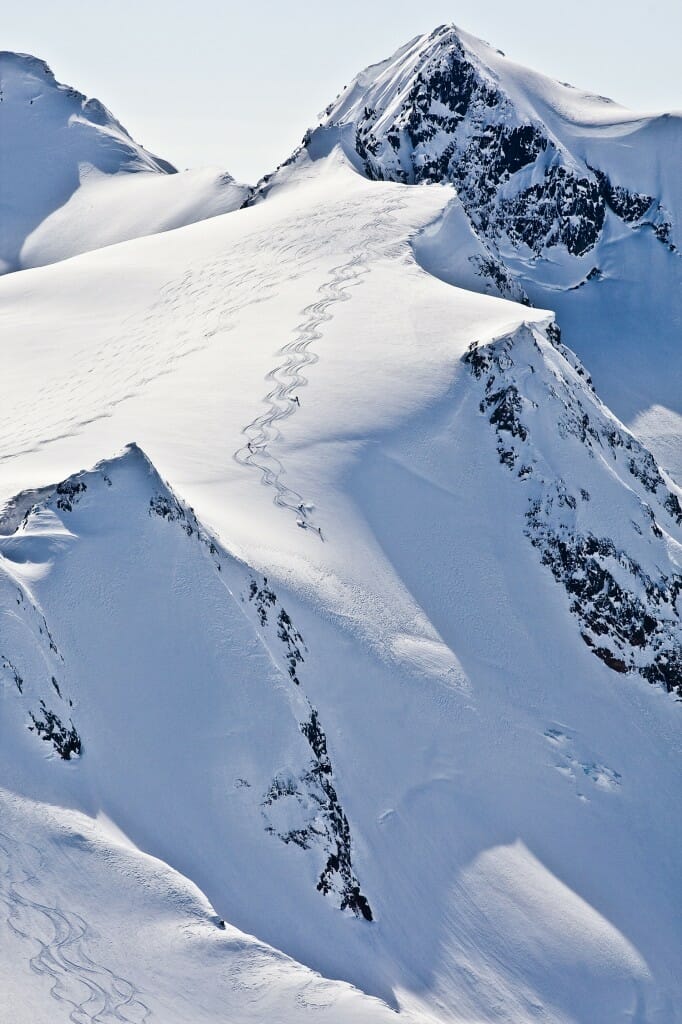 The history of Last Frontier Heliskiing runs deep into the heart of heli skiing in Canada. Last Frontier was established in some of the most remote mountains on earth for a good reason. We offer a truly bespoke heli skiing experience steeped in the rich ski and mountain culture of Northern BC. The Northern Coast and Skeena Mountains are our home because they average an annual snowfall of 25 metres and offer our guests the chance to ski lines that very few, if any, have ever skied. We took our collective experience in other operations and our love and passion for the mountains of BC to make a bit of our own history. That history is rooted in establishing the single largest heli ski tenure on the planet. At roughly 10,100 square kilometres, it offers what all those early searchers in the ski world were looking for: untracked lines, huge mountains and a lifetime’s worth of waist deep turns. Last Frontier is proud to have made a mark on the history of heli skiing in Canada and we hope that you can come and enjoy a little bit of that rich history with us. 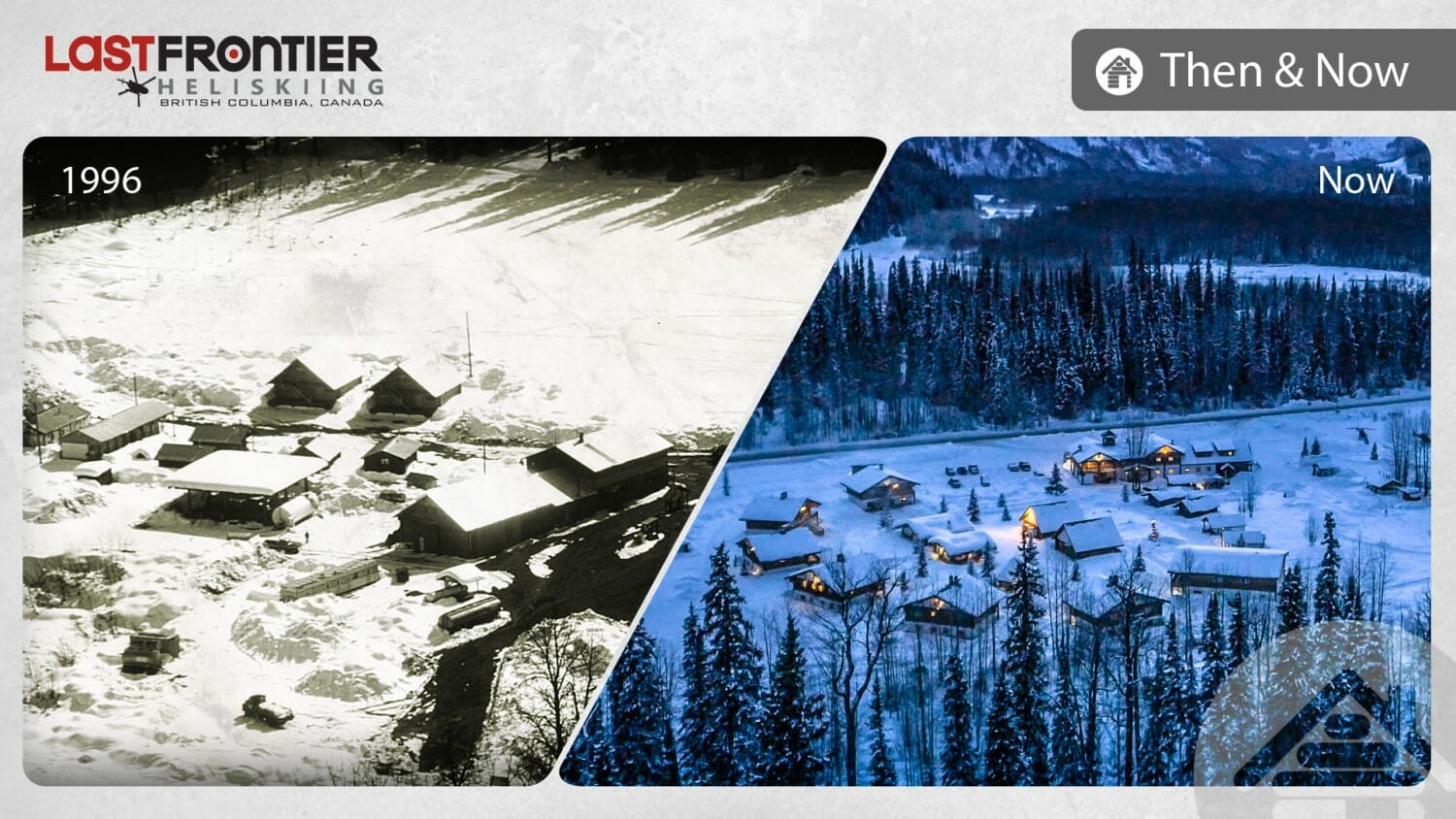 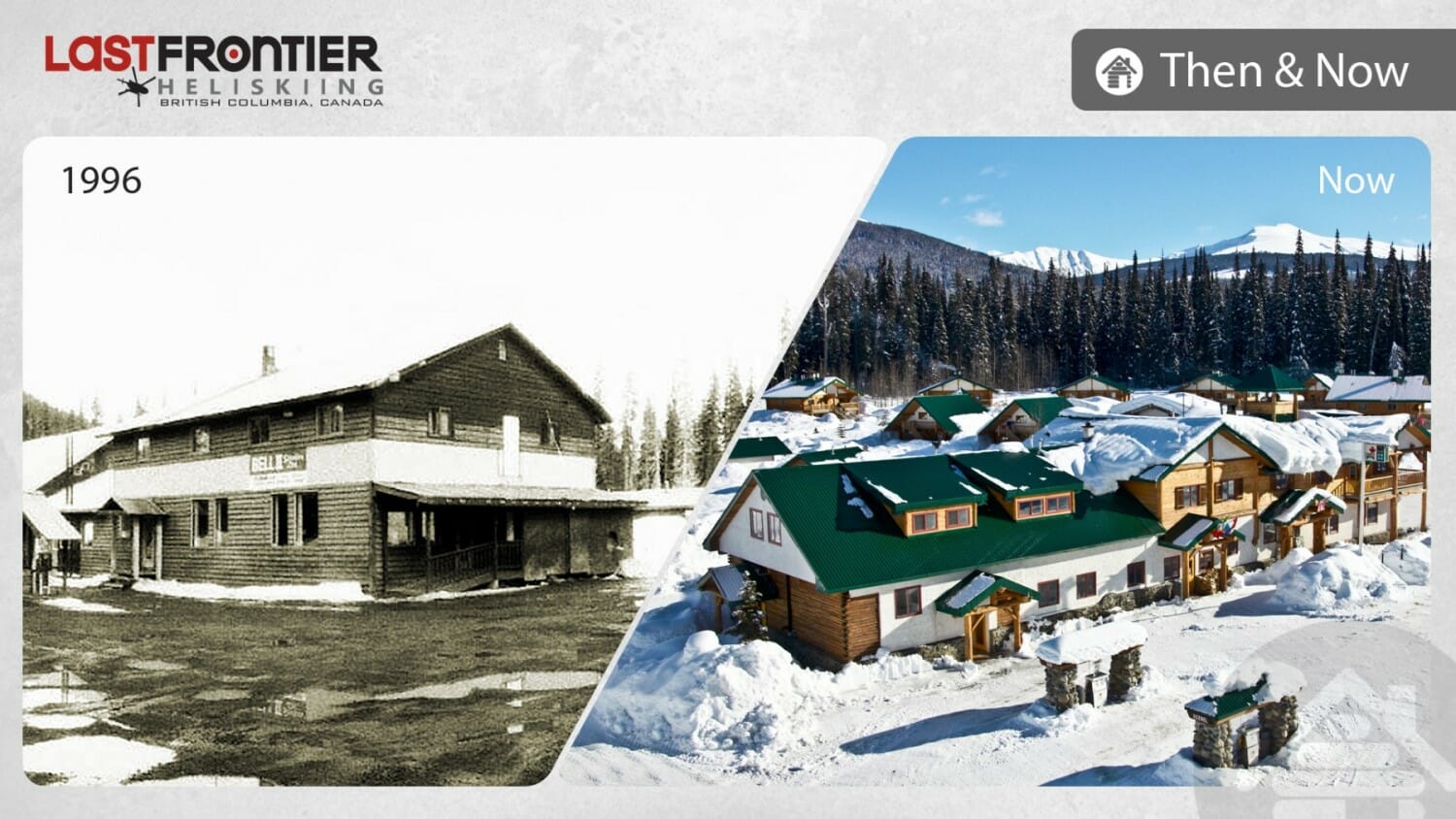 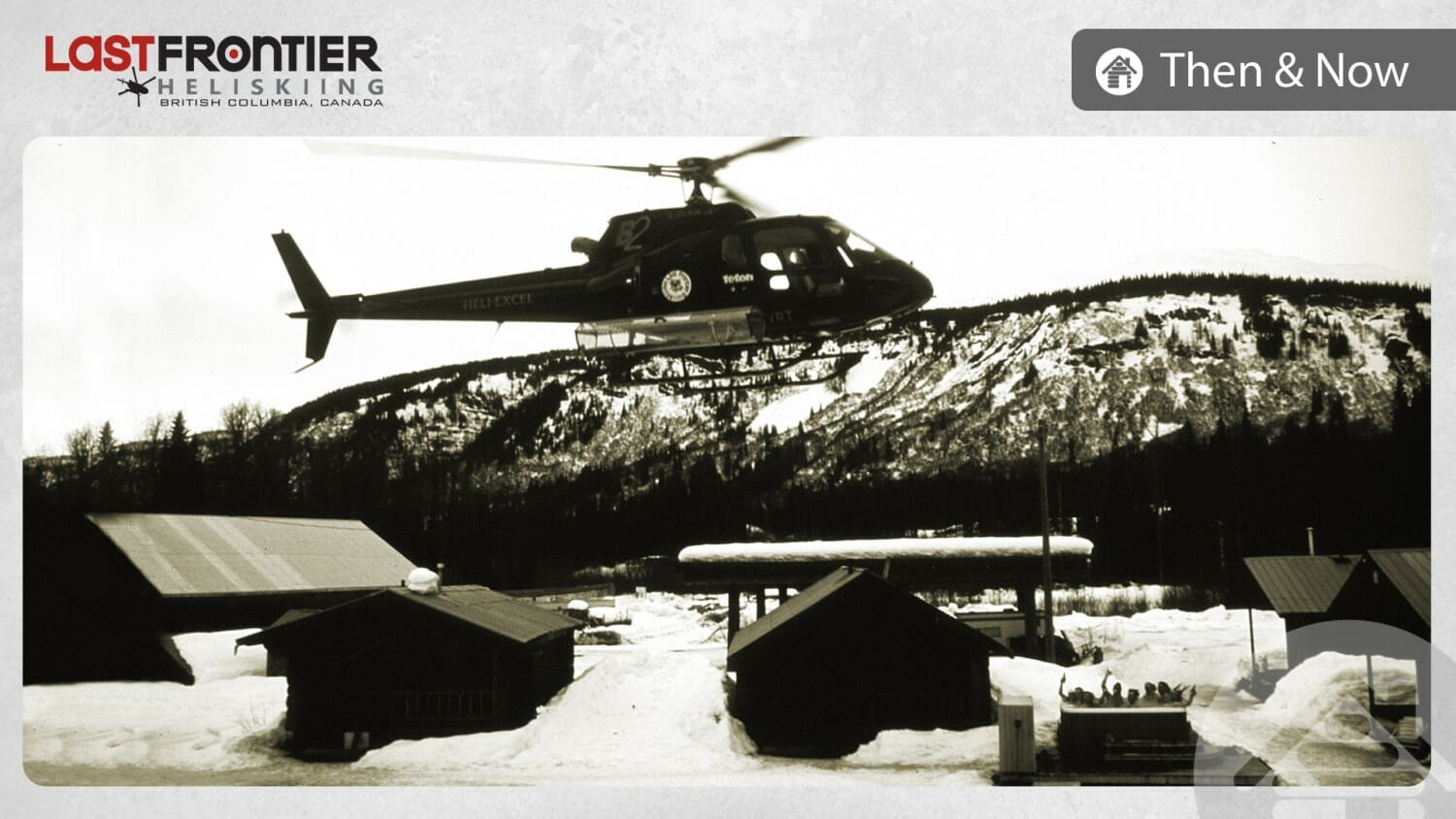